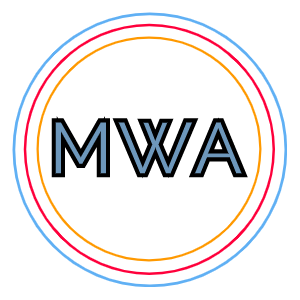 Most high street banks have all got their Bounce Back Loan top-up systems live, however as predicted many people are experiencing all manner of problems trying to top up their loans.

These Banks are Paying Top-Ups

Those of you wondering, these are the banks that are now paying out Bounce Back Loan Top-Ups:

All banks are playing hardball when it comes to the turnover figure you entered when initially applying for a Bounce Back Loan, and as such it will be that figure they will work on when it comes to you being able to top-up your loan or not.

If you are 100% convinced the lender is wrong, and you are entitled to a top up you are going to venture into the unknown. However, ask the lender for proof of the figure you entered as your turnover when you originally applied for a Bounce Back Loan as mistakes can happen.

Most banks will automatically work out what you can claim as a top-up when you apply for one, however some are not doing.

You can, as the rules stand, only get 25% of your estimated/declared turnover up to a maximum BBL of £50,000 less what you initially got as your Bounce Back Loan.

If you think the lender has messed up, complain, you will be at their mercy and the “no turnover adjustment” rule though.

Those accounts closed automatically when used once to fire out your BBL, and as such if you used one to get a BBL from HSBC those accounts need bringing back from the dead, and that is going to take some time. So, expect to wait until HSBC sus out how to do that and get a top up fired out to you. You will have to get a new EchoSign sent out to you once the Zombie Account comes back to life and sign it etc so expect delays.

NatWest, Barclays and Lloyds and a few other banks have, over the last few months, been closing accounts of customers who took out a Bounce Back Loan with them.

As such you are going to face a few problems if you got paid out a BBL with any of those banks and was then dumped by them and moved your funds over to a new account with another bank.

The rules state you can only get a top-up with the original lender who gave you a Bounce Back Loan. As to how you go about doing so, speak to the bank in question and if you get no joy ask your MP to step in and contact the bank on your behalf as this is a grey area and one that there appear to be no rules to handle.

There have seen a few complaints about people getting told they cannot have a top up for all manner of dubious reasons, such as you haven’t been using your business account as often as the bank would have hoped or even you moved out your funds sharpish when your original Bounce Back Loan hit it.

The reason why people moved their funds out was they saw huge numbers of complaints about banks snatching back loans from other people after initially paying them out. No one sane can blame anyone for doing that.

If you do get refused a top up for any reason, other than you are not eligible for one based on the amount you initially claimed, then appeal that decision, and don’t stop badgering the bank until you speak to someone with a brain who can help, once again get your MP involved if needed.

Contact us with your business accountancy needs and we will give you a free consultation on how best My Web Accountants can be of service to you:

We use cookies on our website to give you the most relevant experience by remembering your preferences and repeat visits. By clicking “Accept”, you consent to the use of ALL the cookies.
Cookie settingsACCEPT
Manage consent

This website uses cookies to improve your experience while you navigate through the website. Out of these, the cookies that are categorized as necessary are stored on your browser as they are essential for the working of basic functionalities of the website. We also use third-party cookies that help us analyze and understand how you use this website. These cookies will be stored in your browser only with your consent. You also have the option to opt-out of these cookies. But opting out of some of these cookies may affect your browsing experience.
Necessary Always Enabled

Performance cookies are used to understand and analyze the key performance indexes of the website which helps in delivering a better user experience for the visitors.

Analytical cookies are used to understand how visitors interact with the website. These cookies help provide information on metrics the number of visitors, bounce rate, traffic source, etc.

Advertisement cookies are used to provide visitors with relevant ads and marketing campaigns. These cookies track visitors across websites and collect information to provide customized ads.

Other uncategorized cookies are those that are being analyzed and have not been classified into a category as yet.